What Are SEER Ratings? How Do They Impact an HVAC System? 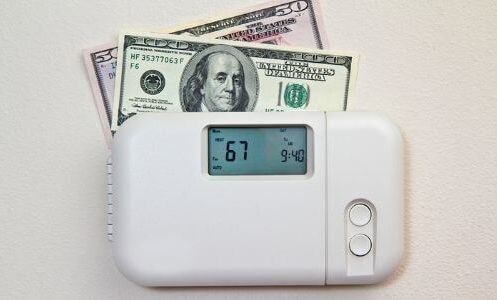 When it comes to air conditioners, there are a lot of numbers involved. One crucial number is going to be the BTUs that the system can generate in relation to the cubic square footage you need to cool as you don’t want a system that’s underpowered or overpowered. Another number that you’re going to likely deal with is what’s known as the SEER rating. You need to know what this number means, but you also need to know how it impacts an air conditioner.

What Does SEER Stand For?

What the SEER number basically means is how efficiently the AC unit cools the air it is responsible for in your home. The calculation that determines a SEER rating is dividing the ratio of cooling capacity by how much power it uses. Higher ratings indicate higher AC efficiency.

Why Would a SEER Number Matter to You?

When you’re in the market for a new air conditioner, you’re probably on some kind of clock. Summer might be approaching, and you want to be ready. Or, it might already be summer, and you need to find the right unit fast.

Sifting through all the numbers and data might seem like more than you have time for, but you need to focus on the SEER rating. In most homes, HVAC units consume more energy than anything else. The most basic reason a SEER rating should matter to you is that it’s your chance to save money and energy at the same time.

The use of SEER ratings has grown in recent years. If your current AC is a decade old or more, then what you get with a modern replacement might shock you in terms of its efficiency. Entry-level units available for sale now are considerably more efficient than standard models from just 10 years ago.

Anything made after late January of 2006 was required by the EPA to have a SEER rating of 13. That was bumped up to 14 in early 2015. Older units are usually rated only 8 or 9 for their SEER rating.

How Do You Know What a Good SEER Number Is?

Generally speaking, higher numbers are better. However, the best SEER rating is just what keeps your family living comfortably in your house. Any time you replace older and possibly outdated equipment is going to be an improvement.

The catch is that if you live somewhere hot and humid, you might want an AC unit that does better than average. In the San Diego area, that will vary based on where you live. Homes closer to the coast might have a milder climate while someone living in an inland valley might have more desert heat to deal with.

What Do Specific Numbers Mean?

For AC models currently being sold, there are three ranges you should know about. The bottom rung of the ladder is SEER ratings measuring 13 or 14. These are the least-effective numbers that still meet certain EPA minimum requirements.

The middle rung is where you can find moderate levels of efficiency. These would be air-conditioning units with SEER ratings ranging from 15 up to 20. Many of these models can strike a great balance between efficient comfort and affordability, which is good for your budget.

The highest rung on the SEER ladder would be anything that is 21 or greater. These ratings are definitely above average. Some systems are rated as high as 25, but future industry developments may take things even past that.

The minimum required SEER numbers do get moved up on occasion. California is already one state where the minimum is 14 and will likely be 15 in the very near future. That applies only to new AC units, however, so you don’t have to worry about keeping your old one if it still serves your home well despite being rated lower.

There are AC units rated for high SEER numbers. However, they’re not likely to perform at that level every hour they run. SEER ratings analyze the performance ceiling of an air conditioner.

Not all air conditioners operate at maximum capability during every AC cycle. Given that, you should also consider the average performance rating of an air conditioner when you’re thinking about buying one. You might need to contact the manufacturer directly to find out such information.

If you’re curious about your home’s current unit, then you can probably look at the SEER rating that is on the actual unit. Just look for the federal EnergyGuide label if there is one. An energy audit can also ascertain this information and also tell you if your system’s average performance is close to its SEER or not.

Avoiding the Confusion Between EER and SEER

When you go shopping for air conditioners or just research them, you will come across SEER ratings. You’ll also possibly find information on EER ratings. It’s important to know the difference between the two.

SEER ratings apply to two kinds of systems. The first is heat pumps. The second is central air conditioners.

SEER ratings are used more commonly than EER ratings, and that’s good. They’re what you want to see if you’re looking for a central AC unit to cool your whole home.

What Should You Really Look For?

It’s easy to get caught up in trying to chase the highest SEER number you can afford, but what you might want to really do is look for how many stages the AC unit has. Many models rated at SEER 13 are only single-stage units. Others rated higher, especially as you get into that middle tier of ratings, are more likely to be two-stage, or variable-speed, units. They can run at either maximum or partial capability based on your home’s current cooling needs. By not running at max all the time, they are far more efficient in their energy use.

In general, the better your SEER number, the kinder your home is to the environment. If you’re not sure what your current number is or you are considering an upgrade or a replacement, then consulting with our experienced HVAC professionals can help you find out information and options. We can handle HVAC maintenance, repairs and installation needs for homes in the San Diego area. That’s not all we do, though. Our trustworthy team also handles plumbing repairs, cleaning, maintenance and installation matters. We also work with blown-in insulation and ductless mini-splits. Contact Tarpy Plumbing, Heating & Air with any questions or about any needs you have right away!